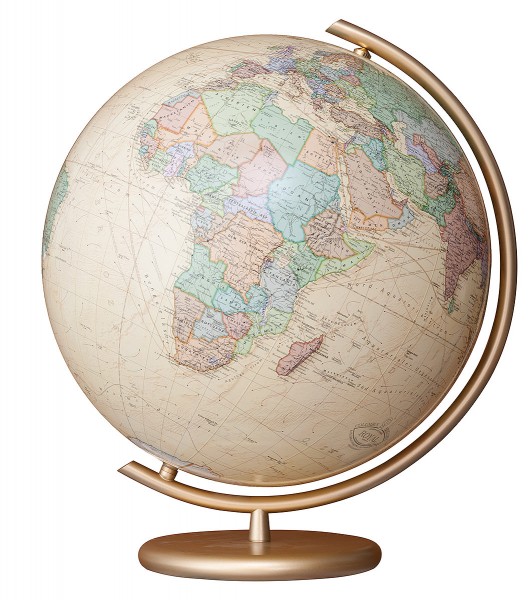 The manufacturing of these models from mouth-blown crystal glass spheres is characterized by great craftsmanship. They are masterpieces of the traditional globe production and during their fabrication, nothing is left to chance. With a unique globe in mind, the artists work manually and with the highest precision. Here, the production speed is of lesser importance - after all, the goal is to create a true masterpiece. The production of a mouth-blown sphere is a real challenge, which only a few artists around the world rise to. Therefore, it can take several days until, with much skill and passion, the materials are combined into a cartographical and optical masterpiece.

The steadfast detail: a globe needs firm support to develop its full appeal. With the Imperator base design, the table model rests on a matte gold finished metal foot and rotates in an equally colored round metal meridian. Elegant detail: The concealed cable duct. 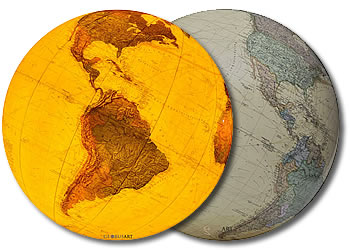